Costa Rica and Panama are countries full of beauty, adventure, rainforests, volcanoes, oceans, and so much more! There is so much to see and do that planning an itinerary can seem overwhelming. On my second trip to Costa Rica, and first to Panama, I decided to go on a tour with Intrepid Travel. While I love traveling solo, and with family/friends, I also enjoy taking organized group tours. The Costa Rica & Panama Discovery tour seemed perfect because it went to so many amazing destinations on both the beach and mountains!

There are many tour operators that offer group tours across the globe. Intrepid is one of the largest operators of small group tours in the world. Intrepid tours are all small, generally under 16 people, which is an enjoyable way to travel. This is nice because you can bond with the people on your tour.

Unlike larger tours, you do not have to take a bus to travel with the group or go to hotels that can fit large groups of people. Traveling with a small group also allowed us to take public transportation and stay in smaller, locally-owned hotels. Intrepid also offers different tour packages and a lot of flexibility in choosing activities and free time. When I travel with Intrepid, I feel like an adult with freedom rather than somebody being herded from place to place.

The tour began in San Jose, Costa Rica. San Jose is the capital of Costa Rica and has its own international airport that is easy to fly in to and out of.

This is a city where I had previously spent a lot of time going to Spanish school. However, myself and my friend, Kristan, who I was traveling with, arrived a couple of days early to explore the city.

If you are going on this tour, do yourself a favor and arrive at the tour a couple of days early!

There is so much to see in San Jose and you won’t spend any time in the city on the Costa Rica & Panama Discovery tour. We spent a couple of days exploring the sites in historic San Jose including the many museums and tasting some of the local food! The National Theatre, National Museum, Museum of Gold, and city plazas are all must-see during your time in San Jose.

Our tour group met first thing in the morning the day we left San Jose. The group was comprised of people of all ages and from different countries.

Most of the people were traveling in pairs – both couples and pairs of friends. There were also a few solo travelers. The group was led by a Central American native, Martin, who was well-versed in the area, fluent in multiple languages, and a veteran tour guide.

The first stop on the Costa Rica & Panama Discovery tour was Puerto Viejo. From San Jose, we took a local bus to Puerto Viejo.

The bus system in Costa Rica is something that I was pretty familiar with, as I had spent a good amount of time there while I was in Spanish school. The buses are no thrills, but offer an authentic travel experience through Costa Rica. They have no air conditioning, no toilets, and you are not guaranteed a seat. The buses are filled with both locals and tourists and stop every couple of hours for restroom and pit stops.

Puerto Viejo itself is a must-see in Costa Rica! It is on the Caribbean side of the country and filled with a unique, reggaeton flair! Going with a tour group was fun because we got to go dancing and enjoy music together! It was fun to bond with the group in Puerto Viejo with the vibes of the Caribbean. In the two days that we spent there, we spent a lot of time biking around and at the beach! As a group, we also visited an animal rescue shelter.

From Puerto Viejo, the group traveled by van to the border of Panama. Unlike other borders, you could not cross this border by car or van. We had to cross by foot and wait in quite a line to get through.

If you travel by backpack and are carrying your stuff on your back, this part of the journey can be a bit painful. If you want, you can pay a porter to carry your bags for you across the border.

Once we crossed the border, the first stop in Panama was Bocas del Toro. To access Bocas you need to drive to a dock and take boats out to the island chain. Having a group and guide to navigate this process was a blessing, as the dock was chaotic.

Before the trip, Bocas was the destination that I was most excited to visit. I read so many inspiring blogs about the beautiful beaches and tranquility of the islands.

I am going to be honest here and say that I did not find Bocas to live up to the hype. The streets were littered with trash and the beaches were small. The vibe that I got from the locals was not very inclusive to outsiders.

However, once you got off of land and into the water, nature came alive! The beautiful waters in Bocas, filled with colorful reefs and wildlife, make the oceans come alive. I greatly enjoyed the time spent in the ocean, snorkeling and boating on a catamaran.

I highly recommend going snorkeling or diving during your time in Bocas. As a group, my tour decided to rent a catamaran for the day. This was one of my favorite days of the trip! We relaxed in the sun, saw dolphins swim by, and snorkeled some beautiful reefs!

The cool, crisp air and water of Boquete was a joy after spending the previous week in the heat on the beach. Boquete, a small mountain town founded by American expats in the 1940’s, was a highlight of the tour! Boquete was very tourist-friendly and filled with English-speaking expats and students attending the numerous Spanish schools in town.

One thing that struck me about Boquete was how fresh and clean it was. While I didn’t test it, our tour guide said that the water was safe to drink right out of the fountain. This was also the place where many of us got our clothes laundered by the hotel. The clothes came back very fresh and clean!

In Boquete, we stayed at a wonderful mountain lodge that had zip lining and even some hikes! While we were there, there were many options laid out for tours for purchase. Kristan and I enjoyed a hidden waterfalls, watering holes, and hot springs tour.

We got to swim in many natural pools and enjoy some short hikes in and out of the locales. Other tour options included: coffee plantation tour, zip lining, and rock climbing! In short, there was A LOT to do in Boquete. The fresh, cool, air was energizing and gave me a boost of energy on the tour!

There was little wifi, few shops, and even fewer places to stop to grab a bite to eat or drink. It is mostly a surfer’s village. All of the fresh meat that you are going to eat is the fish that comes right from the ocean. If there’s a bad weather day, no fish.

Being in Santa Catalina really felt like we were off of the grid! This was a time when many of us on the tour kicked back and relaxed on the beach.

Last stop on the Costa Rica & Panama Discovery Intrepid tour was Panama City, home of the iconic Panama Canal. Not knowing much about Panama City, I didn’t exactly know what to expect.

The Panama Canal left me feeling awestruck. You stand at the side of the canal, grandstand style, and watch goods and cargo go in and out of the canal. As the cargo ships pass, an announcer describes where the ship is from, where it’s going, and what is on board. It was humbling to see huge ships full of rice, sugar, wheat, etc moving from one end of the world to another.

The whole experience reminded me how small, yet how big of a world we live in.

Panama City was by far the most urban and modern stop on this tour. Tall skyscrapers line the skyline and urban bustle fills the streets. The hotel that the tour stayed in was a more boutique, smaller hotel. However, after the tour was over, we extended our trip a night in the Hard Rock Hotel. This gigantic Rock Hotel had the feel of Vegas and an infinity pool that overlooked the skyline!

The tour spent NO time in San Jose, and only a day in Panama City. Definitely extend the trip, if only by a night or two, to enjoy those locations. It is also nice to have a minute to relax before or after a tour.

This tour goes in and out of many HOT locations and is fairly casual. You don’t need a lot clothes, and not a lot of shoes for sure. You have to carry your bag in and out of many hotels, many of which do not have elevators, and on and off of many buses.

Do yourself, and your back, a favor by packing light.

You’ll appreciate a light jacket in Boquete, but otherwise the temperatures are pretty high and you’ll be happy in light clothes and bathing suits. Boquete is also the perfect spot to launder your clothes, so don’t worry about packing for the whole two weeks.

Research The Destinations In Advance

Just because you are going on a group tour doesn’t mean that you won’t want to look up the destinations in advance and plan for them. Come prepared with a list of things that you want to do at each stop. There is plenty of free time on the tour to do your own thing, at your own pace. This is one of the things that I like about Intrepid tours – you have a lot of flexibility. The trip is your own and you can do things with the group, or not. While it is a group tour, you can make it your own.

The Costa Rica & Panama Discovery by Intrepid is a whirlwind tour to some amazing destinations.

Adventure is everywhere on this tour, from snorkeling, to zip lining, and crossing borders by foot! It was wonderful to be able to travel with a group of like-minded travelers and enjoy the trip with others!

I am so happy that I took this tour with Intrepid because I couldn’t imagine planning and trekking it on my own. If I did this itinerary myself, I for sure would have gotten lost, missed a bus, and it would have ended up taking me far longer.

The variety of destinations and being able to see both Costa Rica and Panama made this trip extra special! 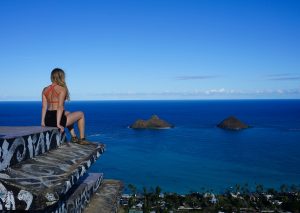 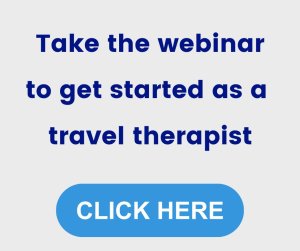